(June 15, 2018). The programme was electrifying: Most participants arrived very early. Only the storms over Germany and the airlines caused some to doubt whether they would make it in time on Sunday evening to the event’s unconventional kick-off in the 25 hours Bikini Berlin or whether the seminar ship would raise anchor promptly the following morning…

On Monday 11 June at 9:30 am, the 1st HITT focusing on Emerging Technologies got underway. As the Orca ten Broke docked again in the evening in Moabit, it had given birth to the creative chaos we had hoped and forged an HITT community eager to discuss the issues raised. A first impression from the premiere, also see the photo/video link at the end of this article.

Accompanied by sunshine and a fresh wind, from the very first moment, the participants dived into the complex issues presented simply and soberly by high-calibre speakers. Hearing clear statements was liberating. As Prof Thomas Lachmann, the second speaker, described computer chip implants behind the ear as “normal”, all reticence among participants had disappeared. From that point onwards, everything was questioned.

Rob High, the Chief Technology Officer IBM Watson and Cloud Platform Portfolio, outlined and evaluated the trends and dispelled false assessments; Thomas Lachmann from the University of Kaiserslautern, whose research focuses on the relationship between man and machine from the cognitive and psychological perspective, made clear that man doesn’t lose value with the rise of the machine; Professor Andrew Lim from the Hotelschool The Hague demanded that the sector use data processing mainly for the benefit of the guest/customer; and China expert Prof Wolfgang Arlt from COTRI China Outbound Tourism Research Institute made clear that all Europeans will be caught in the blast of strong wind from the Far East.

Here a few statements from the impulse speeches:

♦ It’s all about data.
♦ 80% of the data today cannot be evaluated by computing yet.
♦ 90% of the data available today were created over the last two years.
♦ Retrieved data generates more new data.
♦ Artificial intelligence is stupid.
♦ It makes no sense to replicate humans.
♦ A robot cannot be empathetic.
♦ Chatbots undermine communication.
♦ The new term for the new relationship between man and machine is “IT humanification”.
♦ It’s not the technology that’s frightening, it’s the people.
♦ Men have greater fear of technology than women.
♦ We must become faster in implementing the new.
♦ China currently finds itself in a “post-water-cooker-phase”.
♦ In China, knives have QR codes (in order to identify people committing stabbings).
♦ The Chinese love change and want disruption.
♦ Only 10% of Chinese nationals have a passport.
♦ Alibaba is on its way to Europe.

The impulse speeches, which were always followed by long discussions with the experts, were in turn followed in the afternoon by two longer group discussions, split into Operations/Distribution and Real Estate/Development. That was the moment for the hospitality-related question and answer games to check what had been heard in relation to one’s own work. If the ship hadn’t docked, everyone would certainly have continued to discuss the topics long into the night. The new spirit was felt right up to the last minute.

The seminar ship Orca ten Broke proved the perfect venue for the HITT. The 36m-long ship, specially built for events, glided silently across the Spree and Havel. Again and again, HITT participants (and camera lenses) looked out through the large windows to admire the landscape as it slipped by… The ever-changing riverbank symbolised the mission of this think tank: to follow permanent change. / map

HospitalityInside says thank you from the heart to…

… the eager participants
… the high-calibre speakers
… and the open-minded and experimental sponsors!

This unique event was only possible together. We will continue with the HITT in 2019. Keep an eye on www.hitt.world.

Photo/video impressions on the 1st HITT 2018 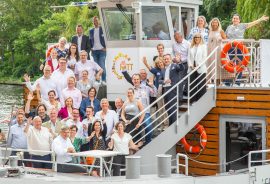 Sustainability: The pressure is palpable 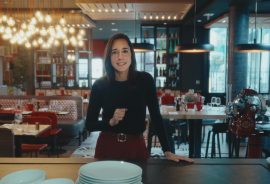 Accor’s Chief Sustainability Officer: “Do we have to wait for the next desaster?” 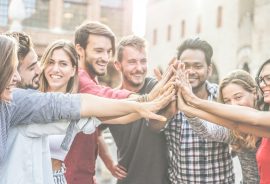 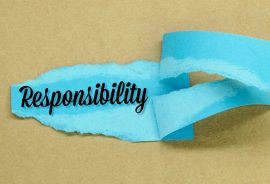 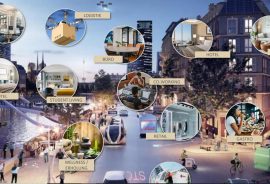 HITT Workshop: From now on stones are flexible

This website uses cookies to improve your experience while you navigate through the website. Out of these, the cookies that are categorized as necessary are stored on your browser as they are essential for the working of basic functionalities of the website. We also use third-party cookies that help us analyze and understand how you use this website. These cookies will be stored in your browser only with your consent. You also have the option to opt-out of these cookies. But opting out of some of these cookies may affect your browsing experience.
Necessary Always Enabled
Necessary cookies are absolutely essential for the website to function properly. This category only includes cookies that ensures basic functionalities and security features of the website. These cookies do not store any personal information.
Non-necessary
Any cookies that may not be particularly necessary for the website to function and is used specifically to collect user personal data via analytics, ads, other embedded contents are termed as non-necessary cookies. It is mandatory to procure user consent prior to running these cookies on your website.
SAVE & ACCEPT